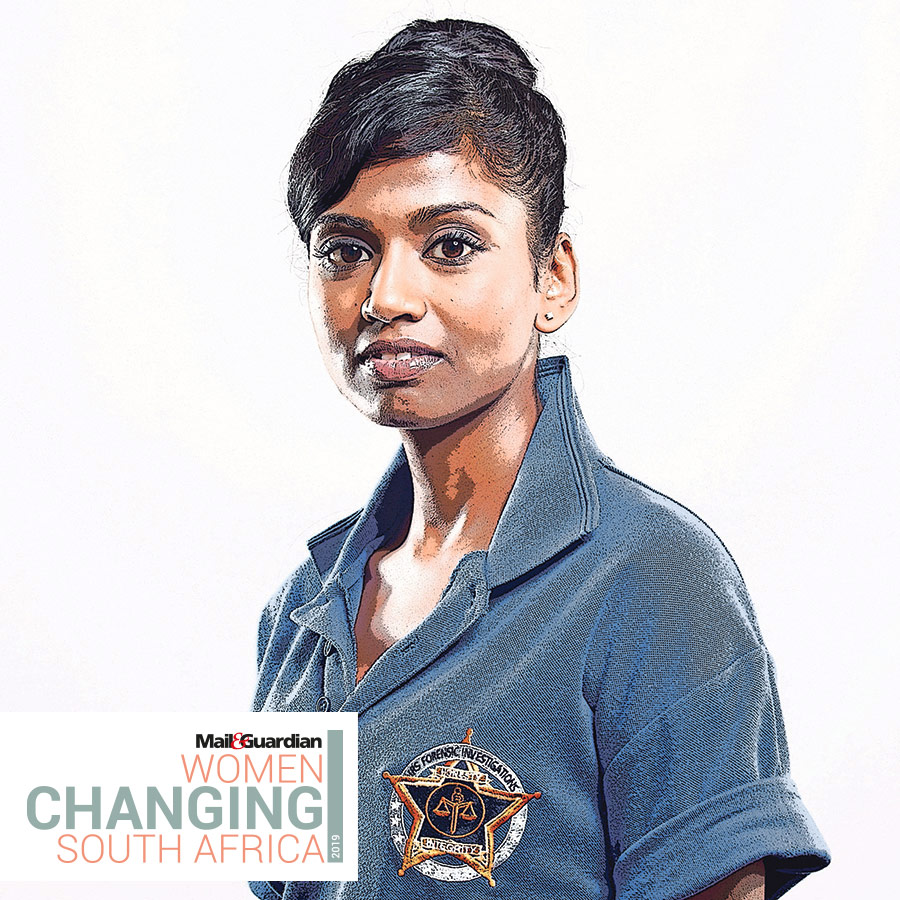 I am also very passionate about giving advice and assisting women who have been subjected to instances of online stalking or contact crimes.

Raised in a big family in a small town, Glenda Paul was the first woman in her family to join the police. Her aim was, and still is, to help others.

This simple intention has served her well, as she is now the co-owner of an independent financial crimes investigations company, IRS Forensic Investigations.

“I get to help and advise people who have been prejudiced by crime on a daily basis, who have lost hope in the system. Nothing beats the feeling of satisfaction when a positive outcome is achieved, and a victim of crime gets closure,” says the 44-year-old.

Born and raised in Park Rynie, KwaZulu-Natal, the Johannesburg resident graduated from the University of Pretoria in 2017, after completing a programme in investigation and management of cyber and electronic crime.

Prior to this, she snatched the 1996 Outstanding Performance Award from the SAPS for her contribution to policing in the Umkomaas district.

Although she focuses most of her energy on financial crime investigation, Paul says, with a certain measure of justifiable pride: “I am also very passionate about giving advice and assisting women who have been subjected to instances of online stalking or contact crimes.”

The challenges faced by women within her sector is also something she works at addressing. “Although the State law enforcement agencies have achieved a far greater female representation throughout the ranks, the same cannot be said for independent women in investigations who make up a minority in this field in South Africa. It is still male dominated,” she says.

Because of this, Paul says she is passionate about advising young women on looking into pursuing a career in law enforcement — especially in investigations.

“Women have solidified their role in law enforcement: South Africa has no shortage of courageous female leaders in this field. It is now time for women to make their mark in independent investigations.”