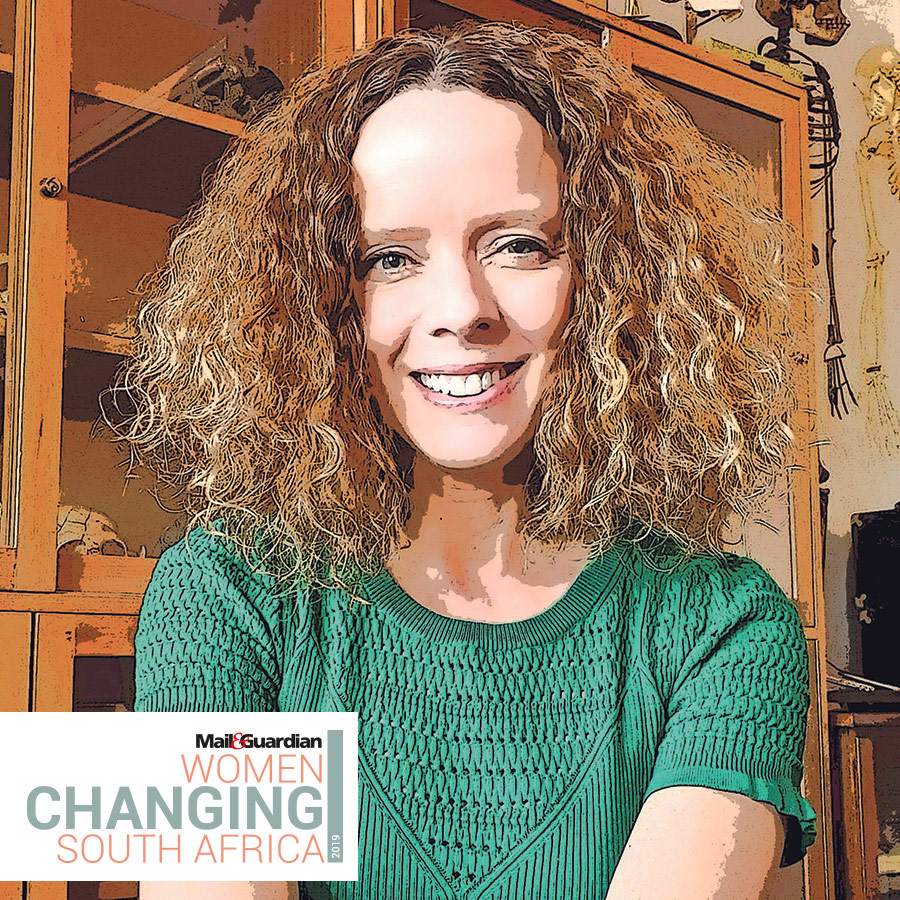 Openness might not completely eradicate prejudice, but it’s a damn good place to start.

‘Diversity leads to better science,” is part of Rebecca Ackermann’s ethos and approach to science. As a professor in the department of archaeology, and deputy dean of transformation in the faculty of science at the University of Cape Town (UCT), Ackermann has been instrumental in creating policies and spaces to eradicate the barriers that women — especially black women — face in science, education and research.

Originally from Chicago, Illinois in the United States, Ackermann has been teaching and learning in South Africa for the past 20 years. Her field of specialisation is biological anthropology, which is the study of human variation and evolution. Biological variance in humans, such as race, is one part of this research.

“I study and teach about human diversity in all its gloriousness. But my discipline of biological anthropology also has a dark history of scientific racism,” she says. “We have a moral obligation to right this wrong by educating students and the general public about race and racism, and especially helping people to understand that the Western world literally created both hundreds of years ago, and left us with the consequences,” she notes.

In a country where only 39% of science researchers are women, and in the fields of paleoanthropology, evolutionary biology, geology and archaeology, the statistics are even lower, Ackermann’s input is invaluable. Besides her work as an educator and mentor to postgraduate students (most of her PhD students are black women), Ackermann also cofounded the Human Evolution Research Institute (Heri) in 2016.

At Heri we made it our mission to drive exceptional palaeoscience with diverse teams that are welcomed, supported and dedicated to uncovering the story of how and why we became human,.

Part of this mandate is running women-only field camps, where researchers are upskilled scientifically, and workshops addressing sexual harassment in the palaeoscience are held. The first of these field camps and workshops was held over Women’s Day weekend, and was “a resounding success,” says Ackermann.

“The reality is that environments that are hostile to women create reduced satisfaction with, and commitment to, fieldwork and the science itself. This is a real problem for keeping women in the discipline,” she says.

Ackermann’s work in tackling how racism, sexism and various structural oppressions stifle women scientists has been recognised both locally and internationally. She’s an NRF B2-rated scientist, a previous recipient of the Distinguished Teacher Award at UCT, and in 2018, was awarded full professorship by UCT. Added to that is a recent Advancing Womxn grant received by Heri, which offers bursaries and scholarships for black women wishing to pursue PhD and postdoctoral studies.